Are we truly sincere? 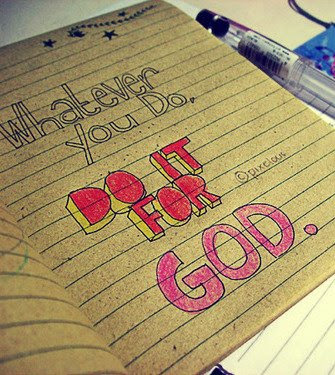 Are we truly sincere?By: Sheikh Aboo Maalik ‘Abdul Hameed al-Juhanee, may Allaah preserve him,taken from his website: http://abumalik.net/play.php?catsmktba=1584Translated by: Abu Fouzaan Qaasim
copied from here
Allaah, the Most High, says: {And We shall turn whatever deeds they (disbelievers, sinners, polytheists) did, and We shall make such deeds as scattered floating particles of dust.} 25:23
The reason for this is that the action(s) weren’t done sincerely for the face of Allaah, the Most High. And consequently, every action that a person does will turn out if he is seeking other than the face of Allaah by it.
So what is the benefit behind the tiredness and toil (of action) if they will become like scattered particles of dust in the end?
Therefore, oh you worker (you must have) sincerity! Sincerity!
And with this, from the signs of the sincere person is that:

1: He is diligent upon the correctness and uprightness of the action from everything that will spoil it or decrease its reward.
Thus he draws closer to Allaah, the Most High, with righteous actions that are in accordance with the sunnah.

2: He constantly looks at himself with unsatisfactory and disdain. So by this he doesn’t become amazed with himself or deceived by his deeds. And he does (his) actions fearing that Allaah, the Most High, will not accept them from him.

3: He doesn’t become boastful to others because of his actions. Nor does he consider them a favor to Allaah {Nay, but Allaah has conferred a favor upon you, that He has guided you to the Faith, if you are indeed truthful.} 49:17

4: He dislikes that his actions become known amongst the people. Rather concealing and hiding them is beloved to him opposed to displaying and spreading them.

‘Amr ibn Qays, one of the righteous worshippers from the salaf, would turn his face to a wall whenever he would cry. And he would say to his companions: “This is just a cold that I have.” [1]

(TN: He would turn his face so that it wouldn’t be known that he was crying.)

5: He is a zaahid (ascetic) regarding praise and flattery. He hates it nor does he seek after it. Zuhd (abstinence) isn’t just in worldly possessions. Rather the greatest zuhd is zuhd regarding the praise of the people and their compliments.
How many a zaahid exist in the dunyah, (but he’s) seeking after the praise and flattery of the people? No one knows what is in the hearts except the Knower of the unseen.

6: He doesn’t like that he becomes known neither does he strive to become famous. Rather he constantly flees from it due to him already knowing that it could destroy his sincerity. How many people there were from amongst the sincere workers who got corrupted by fame? Thus he became one who seeks the pleasure of the people at the expense of the anger of Allaah.

Ayyoob as-Sakhtiyaanee, may Allaah have mercy upon him, said: By Allaah! The slave hasn’t been truthful to his Lord except that it pleases him that his status remains unknown. [2]

7: He loves rectification, dispersion of good and the uprightness of the creation upon the obedience of Allaah, the Most High, whether it is by way of him or not. This is because he is striving for the pleasure of Allaah and not for magnification of himself or seeking some status between the people.

Imaam ash-Shaafi’ee, may Allaah have mercy on him, says: I would love that everything I know from knowledge, the people knew and I be rewarded for it without them praising me. [3]

8: He doesn’t put down the works of others who are calling to Allaah and rectification so that his work and virtue over them becomes apparent. If he is truly sincere he would (ask Allaah for) blessings in the works (of others), speak highly of those doing it and be happy because of it. However the show-off refuses to speak goodly of others besides his own actions and work.

Ibn al-Jawzee said: The show-off should understand that what he is seeking after he isn’t going to get. And it is the turning of the hearts to him. This is because whenever a person isn’t sincere, he is prevented from the love of the hearts (for him) and no one will pay him any attention. However the sincere person is loved dearly. So if the show-off only knew that the hearts he is showboating for were in the hand of the one he is disobeying (i.e. Allaah), he would never do it (i.e. show off). [4]

9: He doesn’t get upset or tired of criticism, rather he looks into it. If it is correct, he makes known his retraction and thanks the criticizer. If the criticism is incorrect -and the criticizer is advising him- he explains his position, clarifies his proofs and defends them in a good manner so that the one he is talking to benefits (from it).
However if the criticizer is seeking argumentation and is being pigheaded then he turns away from him and doesn’t busy himself with him acting upon the manners from the Qur’aan {and turn away from the ignorant.} 7:199

10: He isn’t hasty to be out in the fore-front before he is ready. Nor does he busy himself with a particular knowledge when there is another matter of knowledge he is in more need of in order to gain status with the people of the dunyah as we see nowadays unfortunately with some of the youth.
They publish small treatise and mention everything about the ahaadeeth, where it is collected, its authenticity or the lack thereof and so on, but if you were to ask one of them about an issue of purification they wouldn’t know the answer!
And others constantly make defamation of people and with that they attempt to turn the sight of the people towards them (claiming) that they are (from) the people of criticism and the people of appraisal and disparaging. While some of them haven’t even perfected their recitation of the Qur’aan!
So how sad is it for the one whose affair is like this!

11: He doesn’t stop his actions due to the people speaking badly about him or not being pleased with him. Because he isn’t doing this for them but rather he is doing it for Allaah, the Most High. So he remains steadfast in his actions, in the obedience of Allaah and His pleasure no matter who gets angry.
Nor is he affected by the amount of people learning from him, whether there number is small or great. Due to the fact that he is striving for the pleasure of Allaah and he is calling to Allaah and not to himself.

‘Alee ibnul Fudayl ibn ‘Iyyaad said to his father: Oh dear father, how beautiful is the speech of the companions of Muhammad, sallaahu ‘alayhi wasallam. Al-Fudayl ibn ‘Iyyaad responded: Oh my dear son, do you know why they are so beautiful? He said: No. He responded: Because they intended Allaah by them, i.e. they were sincere. [5]

get this widget here